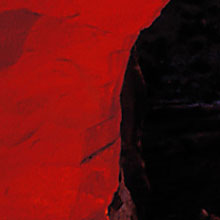 After being exposed to insight principles, I have decided that perhaps its highest and best use of this understanding has been and will be in its ability to simplify. The idea that everyone essentially has everything they need resonates with me. Understanding this more deeply allows me to interact with people under this assumption. It is a powerful concept.

I’m a person who likes to be helpful all of the time, and I’m constantly assessing how things are, how things could be, and how best to help others achieve these goals. (Note that I didn’t say “their” goals – it was more about what I thought should be their goals.) One of my biggest conceptual and behavioral shifts is the idea that I do not always need to provide my assessments and rush in to give people what I think they need. When I put this into practice, I’m able to operate from a place where I realize that people have everything they need inherently in them. I’m able to just be with them and hear what they have to say. If we are present and quiet enough to allow it, more often than not the people will have the insights and discover the solutions that they need to move forward.

This new approach allows people to discover what they already know, without my expecting that they follow me and accept all of my ideas. I feel like I have stepped out of a judgmental mind and have become more of an observer. Interactions at work and at home have become less tense and frustrating and more simple and open.

When I embody insight principles during my work in teams, the conversation enjoys a gentler feeling. Things get less complicated, less about what people want and more about what could be. Although we are not having overt conversations about these things, I believe the result is that people feel less judged, which allows them to relax and feel comfortable exploring different ideas.

By extension, a phrase that I continue to revisit is, “It’s me and me.” I had such a feeling of delight when I first heard the idea that it’s my thinking that’s causing my reality and not what another person is doing or saying to me. This was a revelation to me. When I catch myself reacting to someone, it’s really useful to be able to remind myself that it’s not the other person doing something “to me”; rather, I am allowing those thoughts to be there. It’s a strikingly simple idea that I never really understood before.

I saw that my experience of every moment is coming from my own thoughts and not from what people are doing around me. When I feel criticized it is actually just my thoughts that are making me feel this way. I know that the other person is also thinking and when two people think, egos can collide. It has become clear to me that thinking is part of what causes misery for people. People try to measure up to an assessment (or thought) and try to satisfy themselves based on these thoughts. In the course of normal conversations an innocuous comment can be interpreted (with poor thinking) as a malicious slight.

Being the leader of Human Resources was getting very stressful, because I had set the expectation that given this role, I should be the subject matter expert for all things having to do with people. While I didn’t announce this publicly, I think that my behavior left little question about what I thought my role was. I felt it was my responsibility to factor in people’s reactions to any decision that might be made. This ended up resulting in far too much work for me. People would constantly check in with me because I gave off this view that I must always be consulted.

The great insight I experienced is seeing how these ideas fit together practically in the workplace. Once I stopped pushing my ideas and agenda and began to realize that everyone has the answer within them, once I waited to speak instead of interrupting, once I understood the power of listening quietly instead of getting defensive, the results were magnificent. Now team members have people in mind when they make decisions, they don’t need me to monitor and opine on every judgment call.

Decisions that are made by the executive team that I’m on today include resource considerations. The simplification has been palpable. I now have more time and space to listen and consider situations more effectively. I had become puffed up. I wanted everyone to consult me on everything because I wanted my self and my job to be important. By ceasing this behavior I have become less stressed and overwhelmed, while at the same time the team makes better HR decisions on their own, and has strengthened as a whole. What excites me is that this can be a model for the other members of the leadership team. We don’t have to own communications, we don’t have to own customer service and we don’t have to own marketing. We can be the person to turn to who has the best technical knowledge on the subject, but the truth is we all own everything and we are all responsible for everything as a cohesive organization.

I’ve noticed that we often let our roles and achievements define us. I am the HR leader, the mommy, the wife, or the gardener. I got the promotion, the award, or the corner office. I’ve learned that it is important to honor the role I play without becoming identified by it. When I think about who I am and what defines me, I am much more than whatever labels the industry uses to describe me. When I avoid identifying myself with these labels, when I am present and have faith in others, and myself, then I can be more effective and have richer more meaningful experiences. Trusting my innate capacity is far more important then trying to fulfill someone else’s definition of my role.

Another concept I’ve discovered through insight principles is the importance of being aware of my emotional states and choosing how best to act with them. People can’t choose their emotions —emotions just happen. But now when I feel angry or defensive I can make a choice about how I use that emotion. It’s not about tamping down emotions as much as it is recognizing they are there and then choosing how best to move forward. When I start to feel defensive I can choose to feel grateful that I’ve noticed my emotional state and won’t be making a poor decision because of it. Integrating this practice into my daily routine has been very useful to me. We all have thoughts and while we may not know where they come from, once we identify them as thoughts then we have the ability to choose whether to act on them or not. We also get to choose how we act on them. If it’s the outside world that is doing something to me then I don’t have any choice in the matter, but the moment I see that thought created my feelings and emotions from within, and not the external situation, then I have a bit of room to maneuver.

A recent Harvard Business Review article on leadership cited a poll of senior leaders in several hundred companies, asking them to rate various traits required for good leaders. The number 1 trait was self-awareness. In many organizations, leaders eschew the “soft stuff,” finding time for just an hour or two of team-building a couple of times a year. But I’ve learned that the soft stuff is the hard stuff. Taking time to focus on the insight principles training has brought simplicity and openness to my work, leading to better decisions, stronger team dynamics, and higher results.

Elizabeth Sorensen is currently the Vice President of Human Resources for the Global Business Coalition, a worldwide mobilization of businesses committed to the fight against HIV/AIDS, tuberculosis, and malaria. Prior to that, she was Head of Human Resources at Pfizer’s Research and Development Labs in Groton, Connecticut.