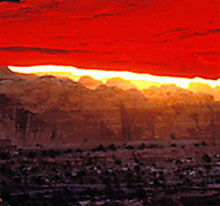 We generated better ideas in which everyone felt greater ownership

To many executives, Insight Principles’ discussion of their methods might seem overly simplistic or “soft.” After all, to get great business results you need talented people with good analytic abilities and good data. But people often forget that how you make decisions – how you think – is also important. In that regard, this article addresses a significant business dilemma. As managers, we are under such pressure that we often don’t use quality thinking. We rush through the mechanics of decision-making and don’t give our minds the chance to reflect as well as we might. At Dow AgroSciences we generated hard results by paying attention to better thinking. A psychologist looking at the process would say that there was nothing soft about it.

For me, the impacts of insight principles were both personal (what I was able to learn and do as a leader) and organizational (the results the company was able to achieve). At a personal level, insight principles allowed me and others to change our perspectives and improve our relationships easily. For some time, our executive team had been friendly but not very effective. When I was honest with myself – which insight principles helped me to be – I saw that I was the one who most needed to change. My strong-willed style – which, in part, got me the CEO job – hindered my ability in meetings to get the best thinking from myself and from my staff. I’d invite discussion of tough issues, but then would challenge those who disagreed with me and vigorously defend my position. This quickly stifled critical thinking and the free exchange of ideas. As we assimilated the principles of insight principles, I learned to become much more open, and we all spent more meeting time in a better frame of mind. That directly helped us work more effectively, both as individuals and as a group. I was amazed by people’s increasing comfort and confidence in questioning me and each other. We generated better ideas in which everyone felt greater ownership. That confidence and sense of ownership contributed significantly to improved business performance.

At the time, our firm was facing a declining market and heavy overseas competition. We had developed a new strategy and set aggressive financial goals that many on the executive team, and in most of the rest of the organization, believed were unachievable in our two-year timeframe. In just a few months of our training, this disbelief faded and a vision took root in its place. Ultimately, our organization found implementation surprisingly straightforward and unencumbered. Like most other companies, ours traditionally had been all about the data – and of course, data are important. But our biggest challenge was engaging and motivating everyone to do what we knew we had to do. Data alone would not do it; attitude and understanding were key.

Before our use of insight principles, internal surveys showed that employees didn’t know what our strategy was, though we felt we were telling them all the time. Nearly one year later, we had our highest survey marks ever, with near-universal understanding and acceptance of our strategy, despite the tough medicine of layoffs and restructuring that it entailed. I believe that this was a reflection of clearer thinking and more open exchange of ideas – both within the executive team and between the executives and their direct reports. Many other things also went right for us, but if we had not changed our way of thinking, we never would have met our goals. The firm ultimately achieved a $300 million earnings increase (on $3 billion of sales) – three times what was deemed “reasonable” two years earlier, and the best performance in the company’s history. Learning how to access our best collective thinking and change our own behavior made those results possible.

Charlie Fischer is the former president and chief executive officer of Dow AgroSciences, a global organization with $5 billion in sales and more than 6,000 employees located in more than 50 countries. He retired in 2004, after 37 years of international service. Charlie has a BA in animal science from Texas A&M University and has held numerous leadership appointments in the US and global agriculture and biotechnology industries.